Strange problem when I turned the object around

I’m printing a box/case for a DIY sensor computer, and I recently experienced a very strange problem with the print.

The small box prints just fine (on the visual side of the box) if the object printed is turned so that the front is facing the FEP-film (ie. printing the front last). But the inside of the box looks really ugly. See pictures below marked “FIRST PRINT”: 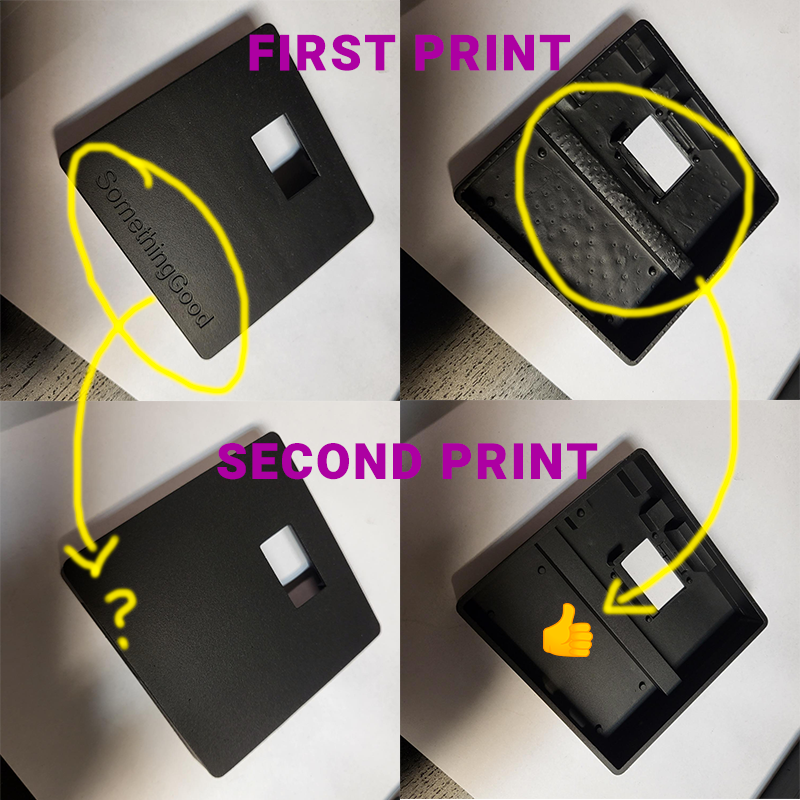 And I do understand that the resin ‘hangs’ on the support, and can’t really get it to be 100% level.

So - I turned the print upside-down, having the front printed first (ie. the backside of the print will be printed last and no support will be needed). This would surely solve my problem. Or so I thought…

It looks really good now. Almost.
The text is no longer visible on the front. And - I suppose that it is because the resin will not avoid the gaps just because I want it to during the first 30 cycles or so. It won’t burn though… yet. But after the first cycles it should print the bottom of the letters - and I suppose that it is at this point everything fails. As the resin fills the letters, and the resin is hardened, the letters will now be filled completely - and my print failed to an extent.

So - how should I go about this? I would like to have the letters (the text) somewhere on the box. And the first try with the ugly backside of the box is really not something I could present to a customer.

Is there anybody that could give me an idea of what to do instead?