Printing failures after a long break

After some initial successes and more than a few failures with my Moai 130 when I first got it in 2018, I stopped using it after a few months out of frustration. It’s been sat there for 18 months until a week or so ago when guilt finally got the better of me and I decided to get it up and running.
So, I got everything up and running, cleaned, calibrated and back to factory fresh. My first test print of the calibration cylinders worked great, and they were within specs (A:10.69, B: 10.79, C: 10.64, D: 10.71). Awesome.
I printed the test ring, and that came out perfectly. So, confident that everything was working I tried printing a small test object, a 1in x 1in square terrain tile. That came out ok, a little uneven underneath, but mostly ok.
Encouraged I moved on to trying to print a 3in x 3in terrain tile I created. I created supports in Asura and left it to print. The end result was about 85% ok, however the lowest point of the object looks melted, as it obviously separated from the build plate at the start of the print. The rest of the print looks great, so this is a frustrating failure.
I’ve tried variations of the same object five times at this point, using both Asura and Formware to generate the gcode. I believe my orientation is ok, and I’m using lots of beefy supports. 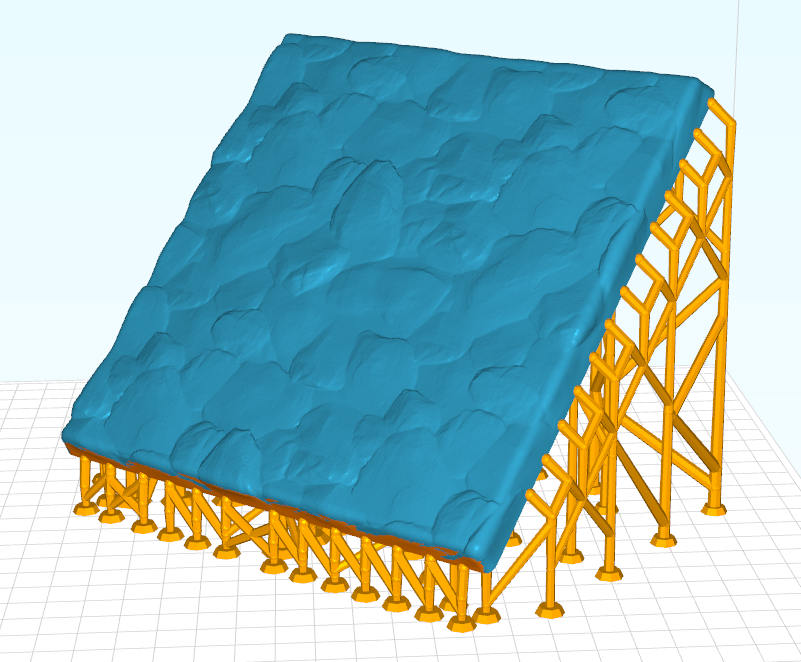 The object has been hollowed out, has drain holes and generally looks well set up to me.
However, each print has failed in the same place. The first few layers don’t seem to attach well, or break away somehow. I’m going crazy trying to work out what else to do.
I’m using a previously unopened but old bottle of resin. My vat looks to be in good shape, and judging by the quality of the rest of the print I’m quite happy with how it’s doing. 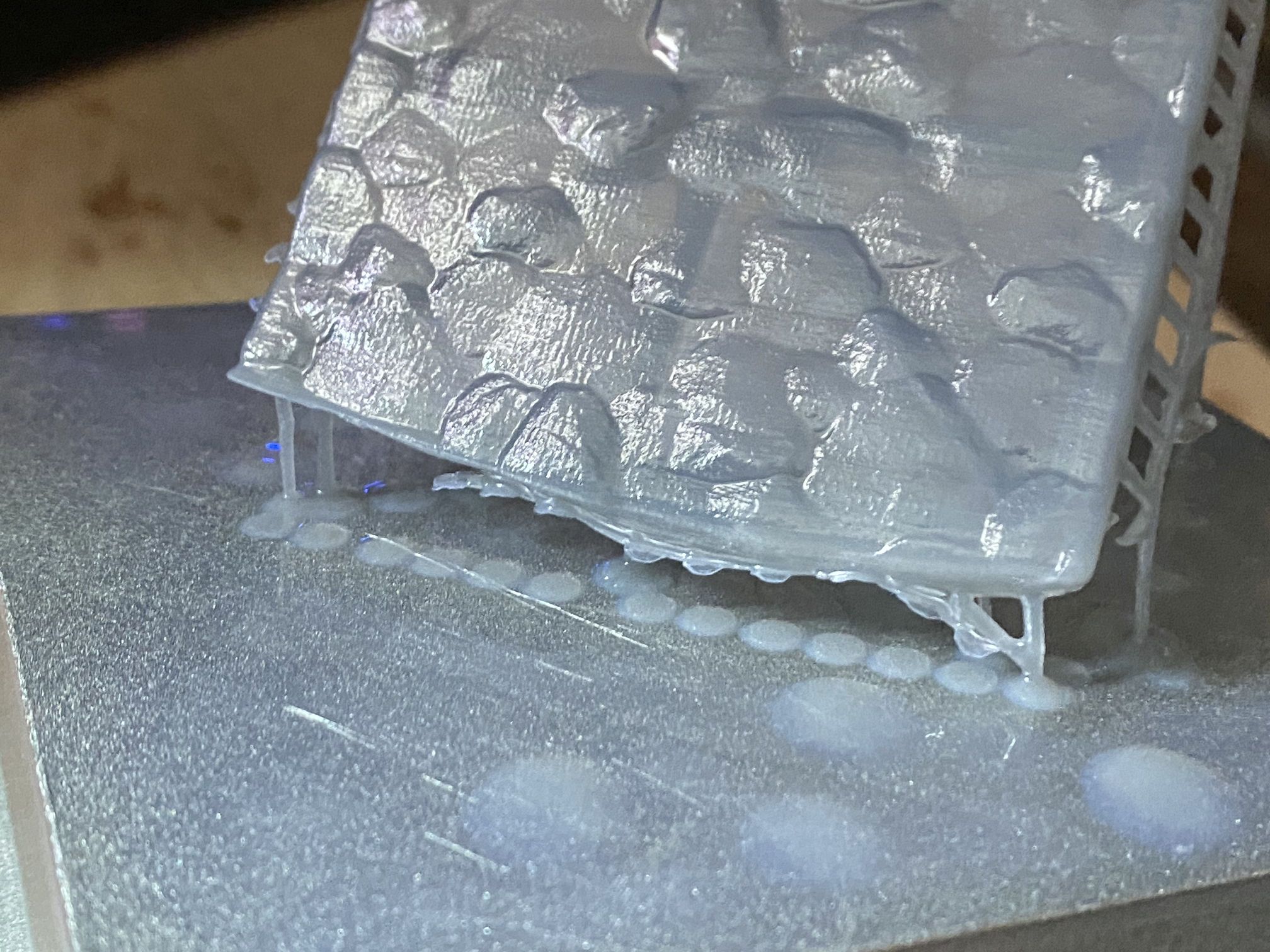 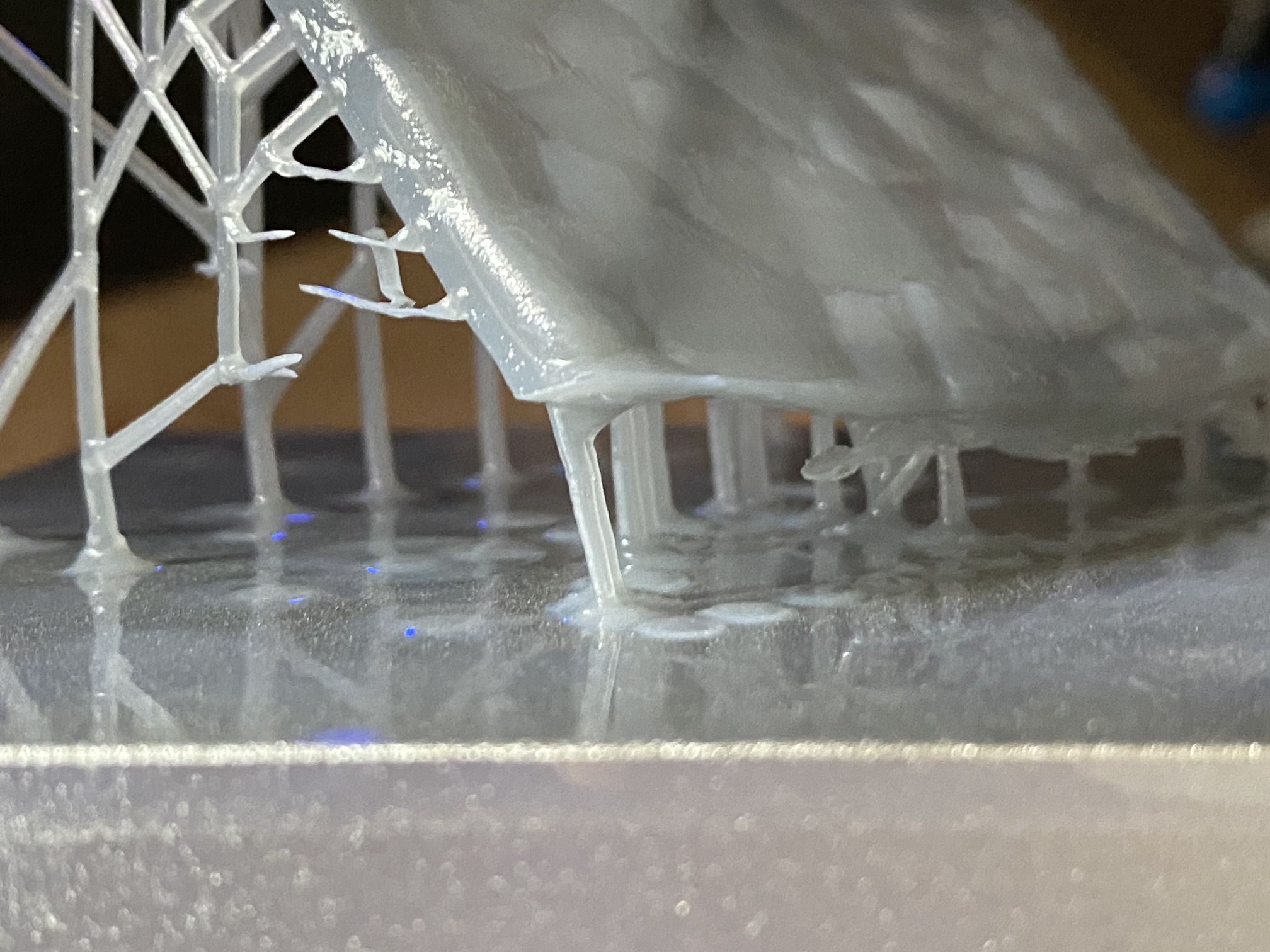 print_failure_02.JPG2016×1512 345 KB
The supports are even adhering to the build plate quite successfully, so I guess the support posts are breaking? 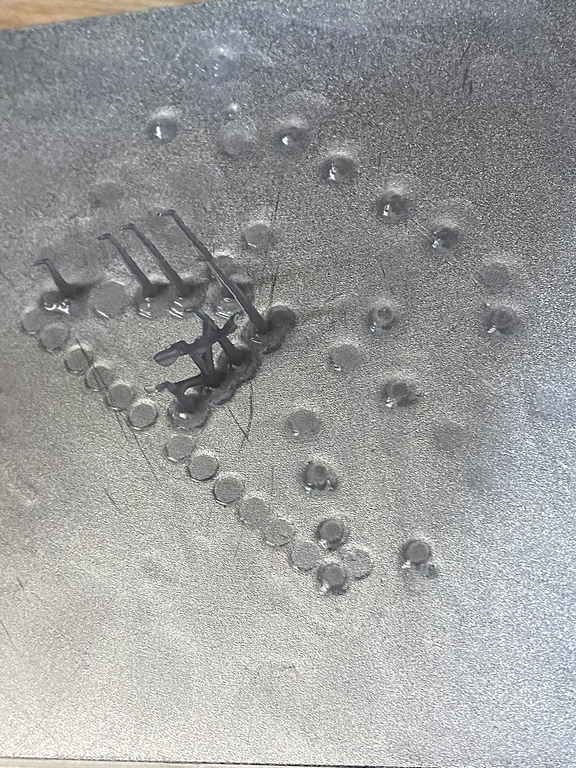 print_failure_03.JPG1512×2016 776 KB
I’m using the settings here: https://wiki.peopoly.net/doku.php?id=moai:firmware with the latest firmware installed.
Currently I’m trying a different bottle of resin to see if that makes a difference, but I’m not hopeful.
xraydeltaone July 2, 2020, 10:17pm #2

So I printed exactly the same gcode, but with three differences. Old but unopened hi-temp resin, a preheated build plate, and the laser intensity increased by 2. Not sure which of these helped, but I have successful print! 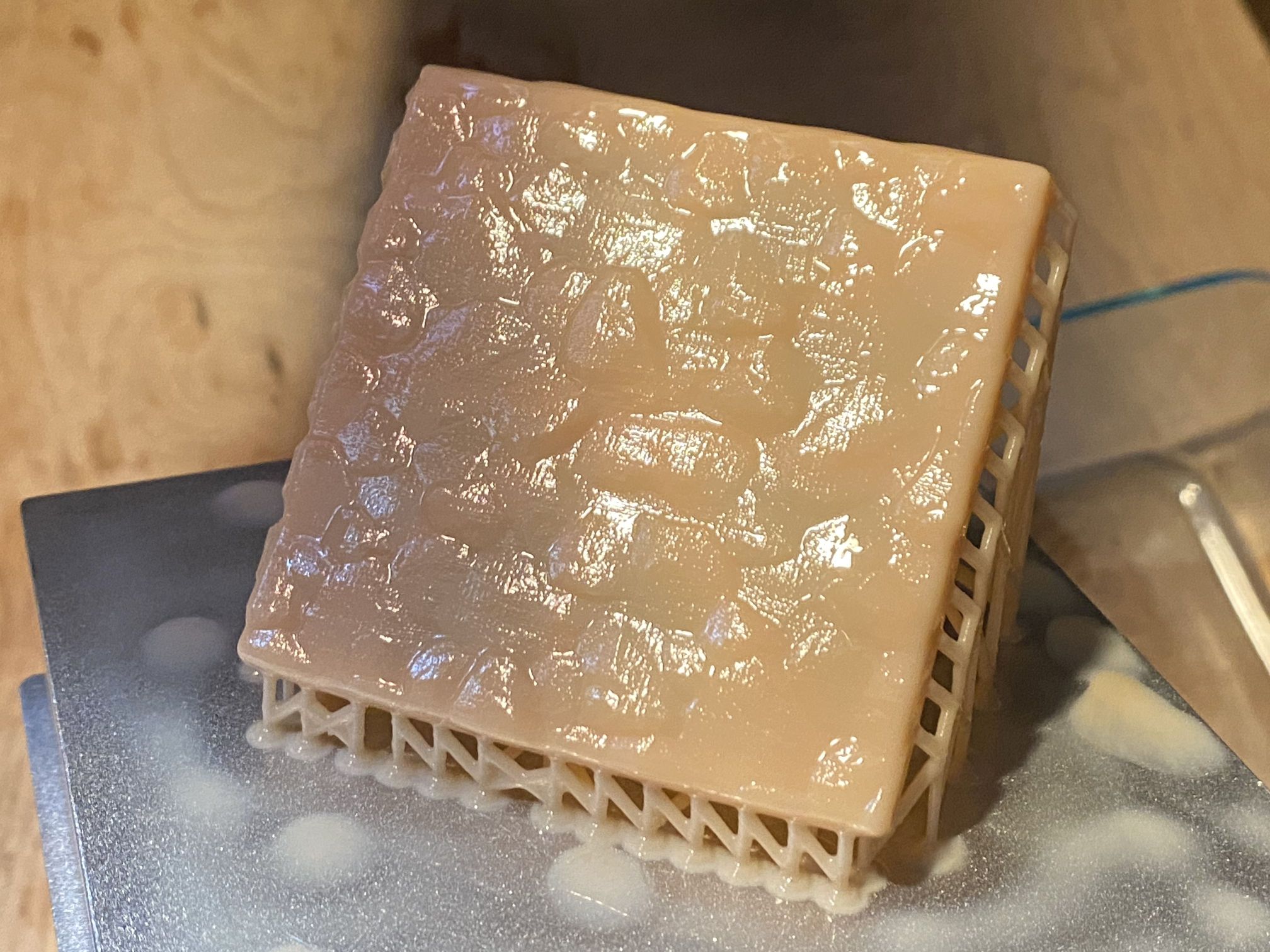 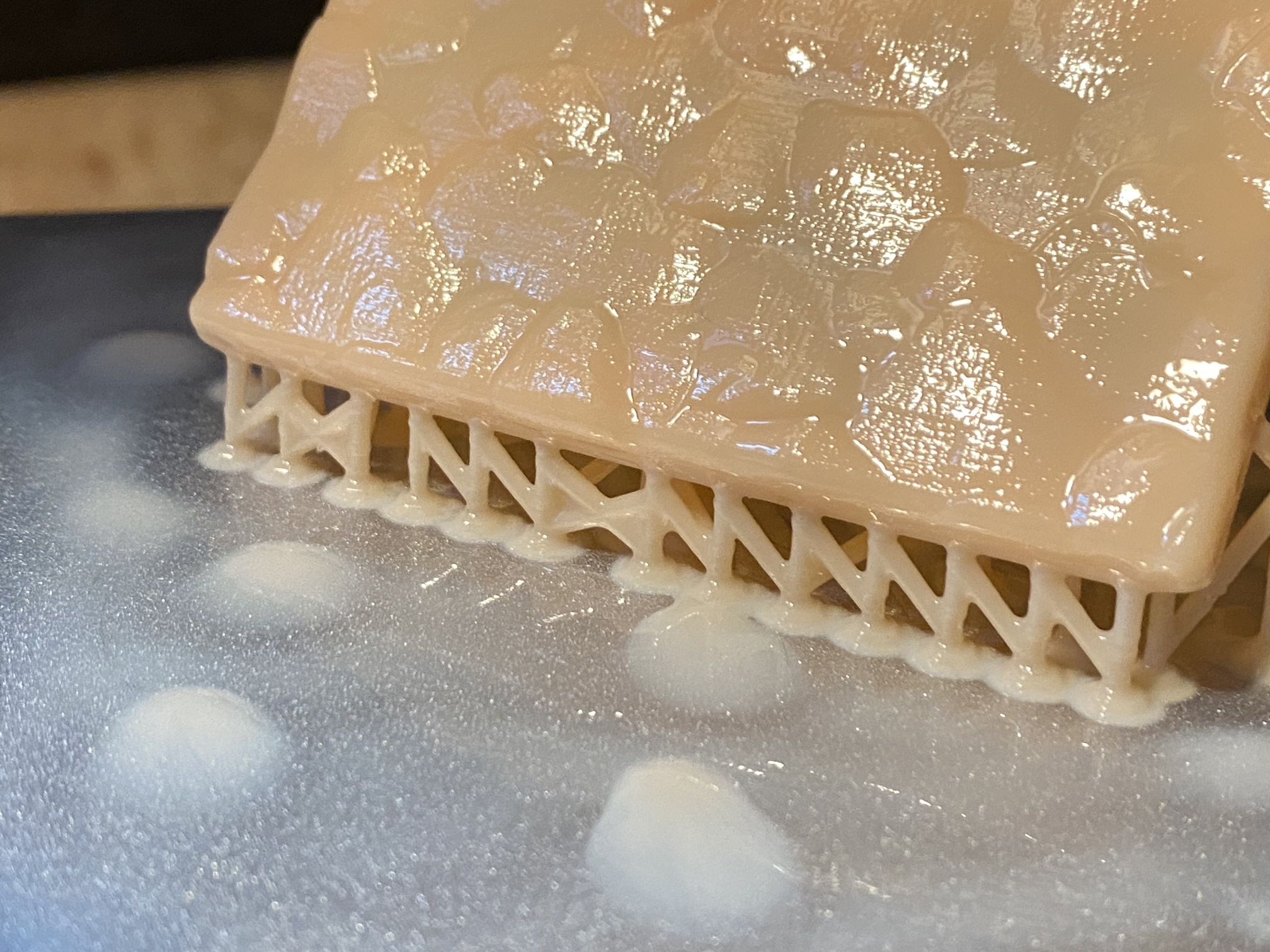 So I was initially super excited that I had a good (great even) print, possibly the first one ever out of the machine. 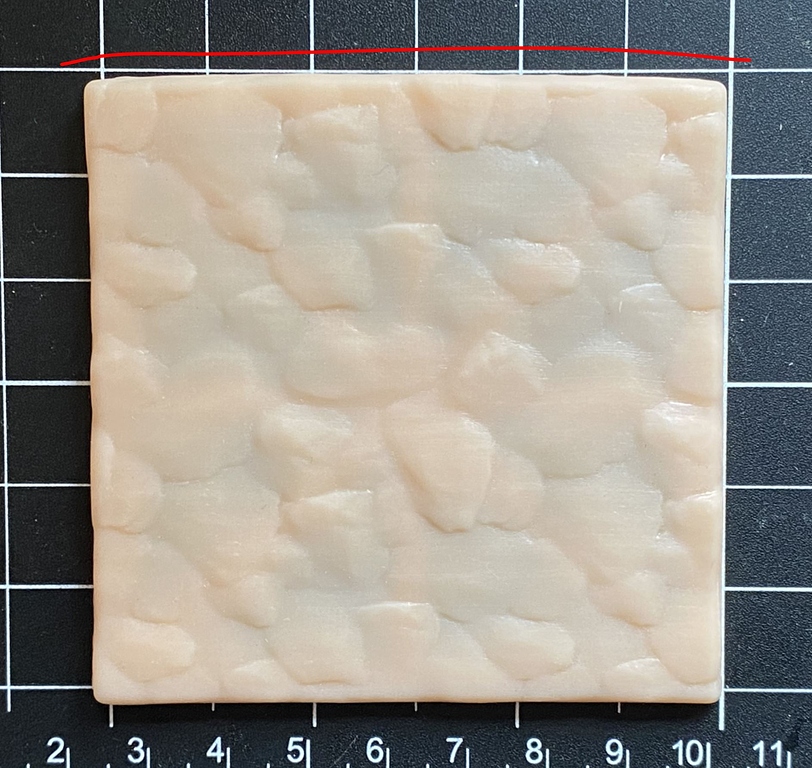 print_03b.JPG1889×1785 331 KB
However, on second looks the lowest side is still somewhat warped and looks like it’s sagged down at the corners. As you can see some above, that one specific edge is quite perceptibly curved. The whole piece looks a little deformed overall.
I’m really not sure why this would be, any ideas?
peopolysupport July 3, 2020, 2:55pm #3

it’s warped due to the contact points of the supports, when you have overcured support generation meets the model, so the results is usually sagged down.
it’s not perfect, but generally it’s a small price for a stable success rate