I’m having issues with a large print job on the PhennomXXL. No matter what I try I’m running into issues with delamination and the print separating from the build surface. I’ve ensured that the plate is properly leveled and the z=0 position is adequate. Smaller full bed prints such as the phenom xxl test print succeed without issue, so I don’t think there are any major issues with the machine’s hardware. I’ve incrementally increased the exposure but I’m starting to reach territory now that will likelyresult in loss of detail. I believe the lift distance should be adequate, I’ve treated the FEP with a teflon coating but still having no success. Looking for some advice on what I can try to make this build a success. 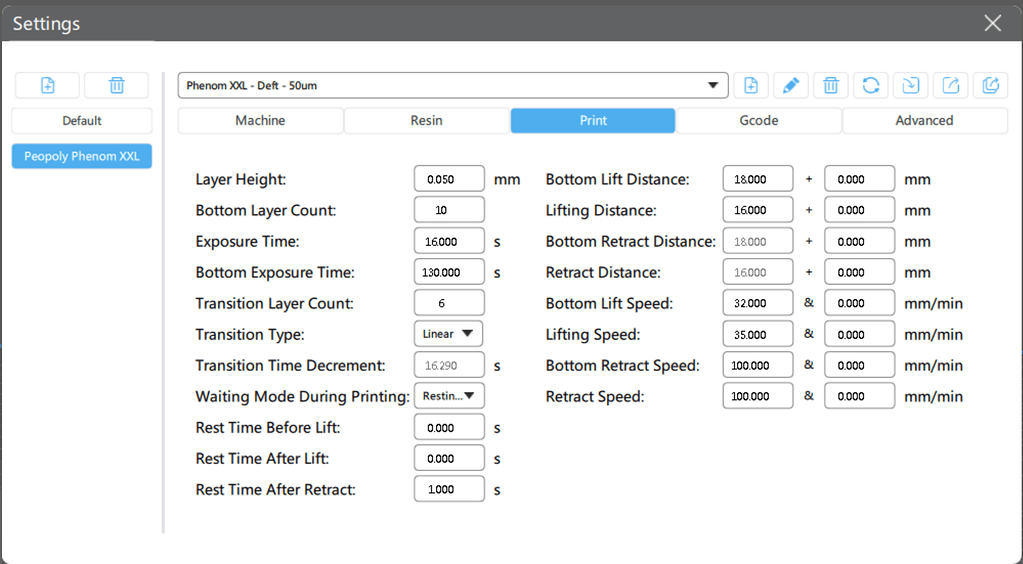 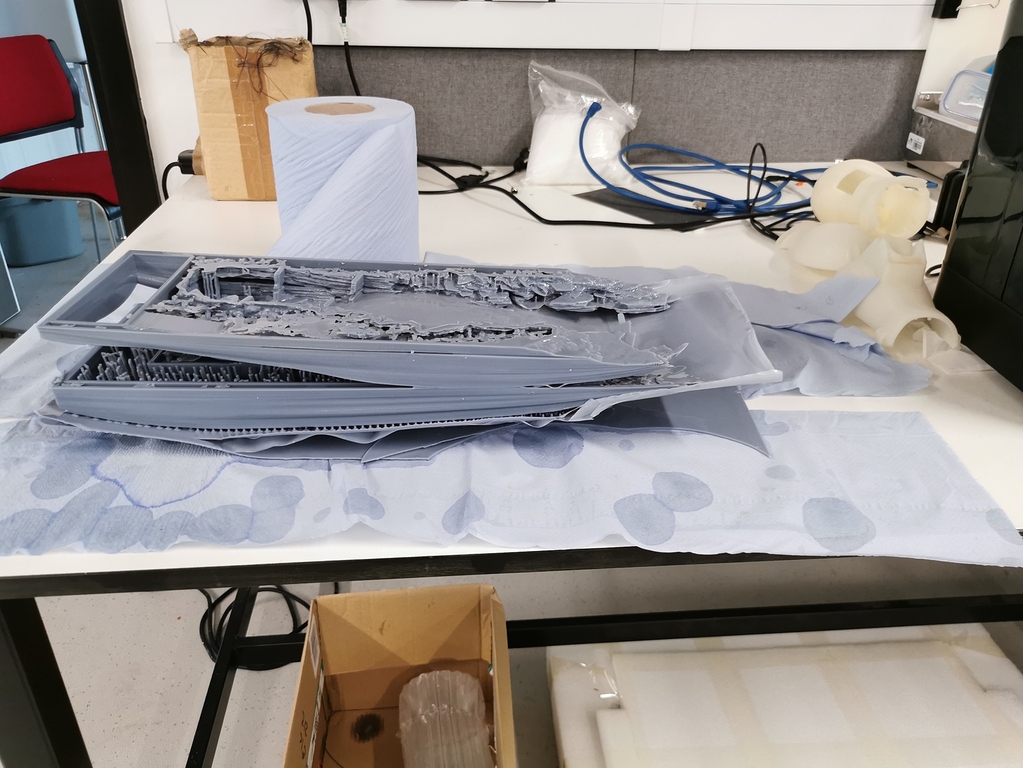 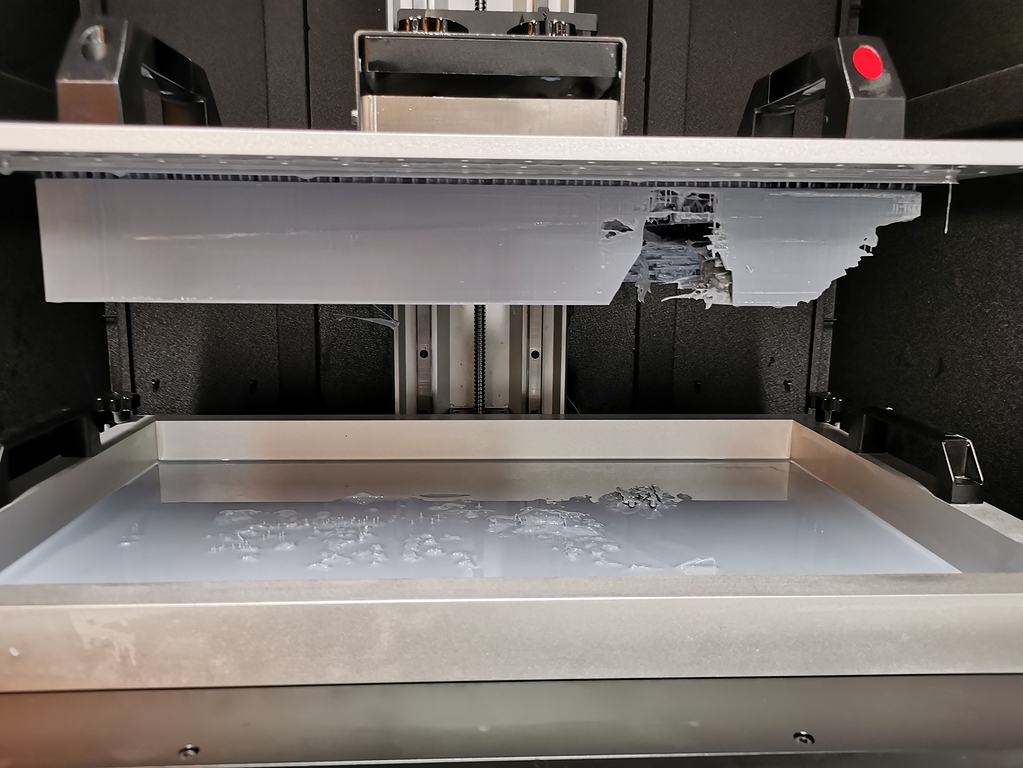 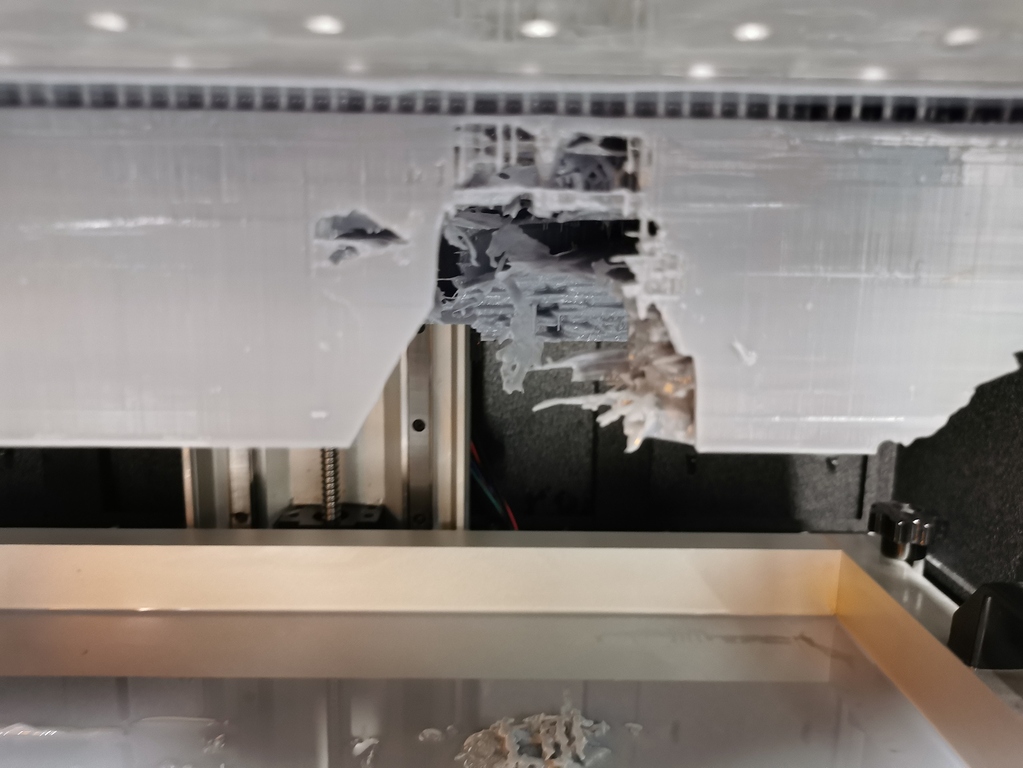 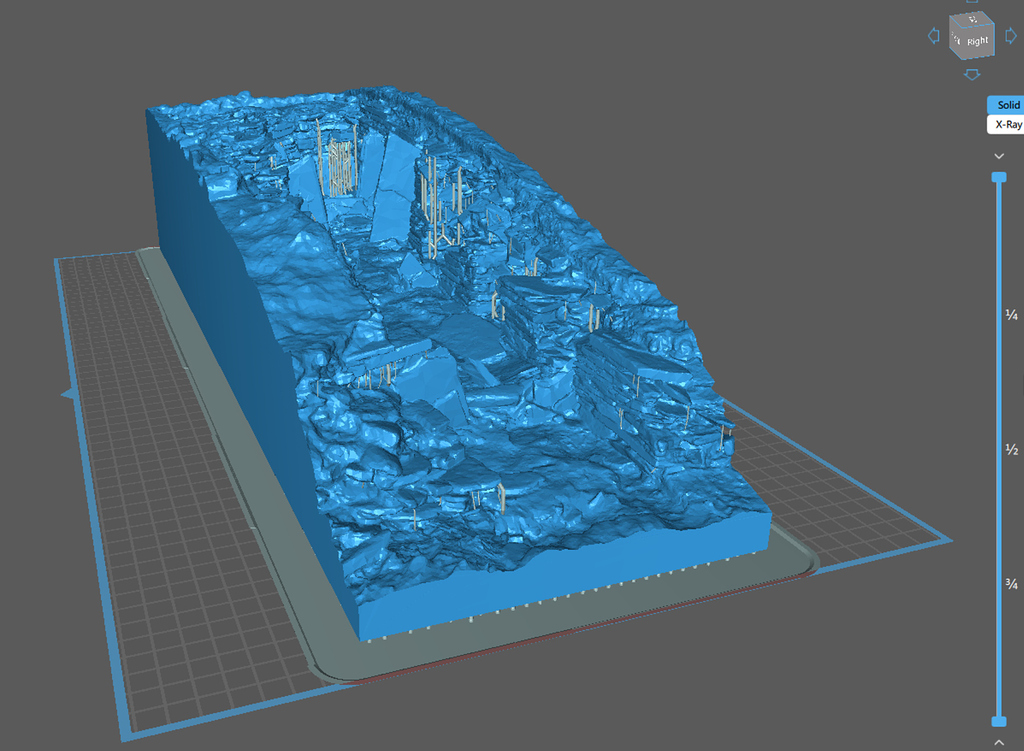 The settings shown are for the last build that’s still attached to the buildplate on the above image.

I would say there is too much suction.

From what I can see the Resin can’t escape and there seems to be no drain holes.

What you could try is to print it vertical but defently add drain holes and also supports on the sides.

The whole print is hollowed with a wall thickness of 2.5mm and 5% infill. until it reaches the very end of the print there should always be drainage for the excess resin, correct? I could perhaps angle the print to favour runoff of the resin towards the taller end of the print, to be certain of this; I think that’s a good call.

My concern regarding completely vertical print orientation is that, whilst it will reduce suction forces and bonding to the FEP, by the same virtue, the model’s bond to the build plate will also be reduced. Eventually, as the mass of the model grows, it may result in the separation of the part from the build plate.

With the latest attempt, still on the machine in my photos, it seems that the PTFE coating I applied to the FEP, coupled with the slightly increased lift between layers and marginally longer exposure has solved the delamination problem. I fear what may have happened with this failure, is that previous attempts have damaged the FEP and resin has leaked between the film and the screen, cured and created a permanent mask in this region, resulting in the missing chunk seen in my close up and a cascade of failure from there. I didn’t have the heart to investigate the failure fully today as I’m getting a little worn down with this job, plus I have a lot of other work on. I’ll take a look at it tomorrow. Unfortunately, I’m out of replacement FEP sheets but I think with a fresh sheet treated with PTFE the same code may well be successful. I’ll try with the same settings and a slight adjustment of orientation towards the vertical as suggested. Thanks for the input, Bridger

The whole print is hollowed with a wall thickness of 2.5mm and 5% infill. until it reaches the very end of the print there should always be drainage for the excess resin, correct? I could perhaps angle the print to favour runoff of the resin towards the taller end of the print, to be certain of this; I think that’s a good call.

Keep also in mind that you have to completely get rid of all uncured resin otherwise it will destroy the model from within so your cleaning solutions need to get everywhere including the hollow sections.

A personal question, this model looks like it would be a great underwater base is maybe available to download?

Last but not least good luck with your print.

Very useful videos. I think I’m going to do away with infill completely and simply support the islands created by hollowing; much more efficient use of material. If I pick my tilt angle carefully I can likely mitigate a lot of them anyway.

What’s making this all the more frustrating is the computer they gave me at work doesn’t have a dedicated GPU so with a model of this scale and detail I’m facing a lot of crashes. I just need to bite the bullet and go full manual on the supports. I’m not saving myself any time in the long run with all these failures and I don’t even want to think about the material wastage cost so far!

The .stl is a 3D scan of an archaeological dig site in Scotland. I’m printing this for one of our anthropologists, it will go in a museum so I need to get it perfect! I’m not sure about sharing the file, I may be breaching some rules there but I’ll ask when I hand the job over.

Thanks again for the advice.

Cool, dont worry if you can’t share it I can find something else if not.

I hope your next prints will be successful.

Where is the resin used? It is necessary to adjust the printing angle of the model, increase the drain hole, and reduce the pulling force. If you need further help, please contact by email, so that the peopoly technical team can help you in time

I believe it’s customary to use the resin in the vat, using it elsewhere in the machine is asking for trouble.

Bridger has already provided me with all the pointers I need to get this job finished I think. We’ll see how it turns out. It’s going to be a couple more days until the print is done. I’ll report back if I’m still unable to get it sorted.

I have added many drain holes and adjusted the model’s orientation to reduce suction and peeling forces at the FEP, whilst also retaining a reasonable surface area of contact with the bed. 45 degrees facilitated this quite well and resulted in the lowest number of supports being placed on the detailed part of the model. I didn’t want to start the print at the end of last week and leave it unattended over the weekend, so I just started it off this morning. it’s beginning to emerge from the vat now and so far everything looks to be going smoothly. I have high hopes that this one will be a success.

I’ll let you know how it turns out and if I’m able to share the .stl, it should be wednesday/Thursday when I see the customer if all goes well with the print.

Did you have success with the print?