I received my Noir printer yesterday and was able to print the test print and one custom .stl file without any issues.

However, when I attempted to print a 3rd .stl file I had a failure of the vat film. I was using the stock vat and film that came with the Noir. The vat had not been removed after the first two prints, only additional resin added. This failure allowed resin to leak onto the screen and cure. The hardened plastic is now attached to the screen and attempts to remove it have resulted in scratches to the screen. There was no warning or indication of any type of failure. As such, there was no way for me to be aware of/or prevent this failure. I have attached an image for reference.

Has anyone else experienced this? 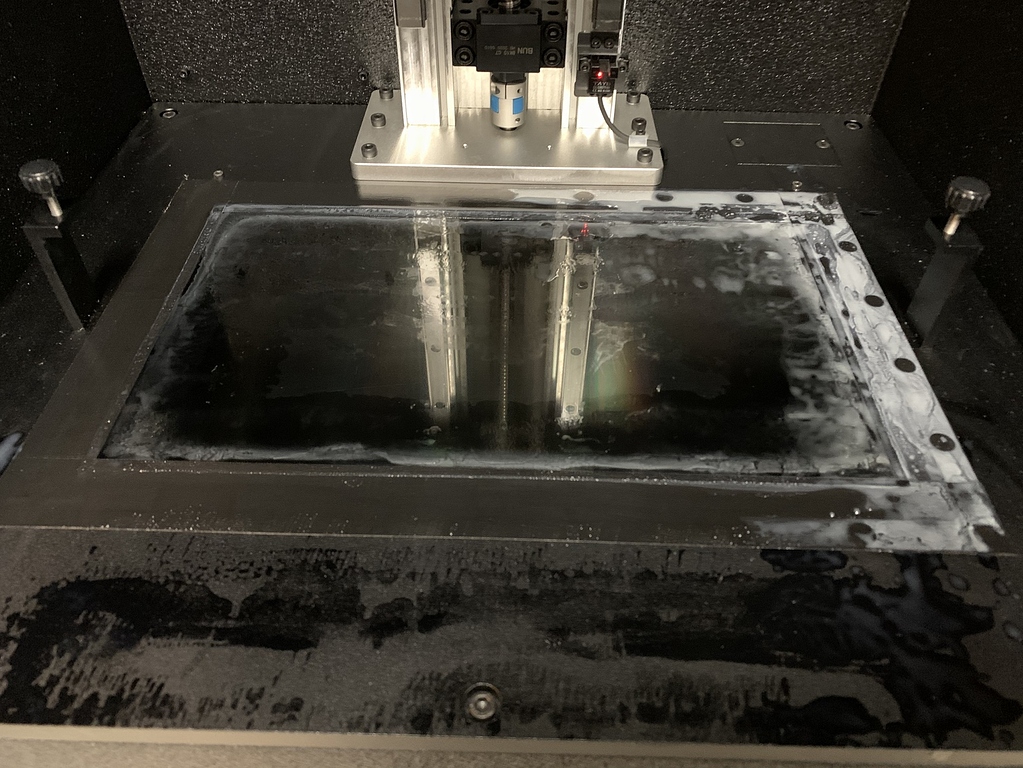 This is a kinda common problem with smaller msla printers as well, mostly from accidental tiny holes in the FEP.

The best solutions i’ve seen is leaving ipa on the top of the screen to soak (don’t dunk the whole thing in ipa. I don’t know what that might do), the resin will eventually start to peel up and become unstuck from the screen. If it’s particularly bad it might be worth doing this after taking the screen out of the machine to avoid getting ipa and resin everywhere… Hope this helps and that your screen isn’t damaged beyond usability.