First off - new to the forums, so hello all.

I bought a Moai 130 some time back, and have had numerous excellent prints from it. However a problem arose after a couple of months of it sitting idle.

As background: I initially carefully calibrated the printer using the advanced calibration guide (I’m an electronic/optical engineer by profession, so familiar with the technology in use) and have had excellent dimensional accuracy even on quite large prints.

The problem that arose however manifested in a print that came out unexpectedly large on the Front->Back dimension (X axis, I believe, but can’t recall for sure without taking the side off the printer again!). When I replaced the calibration circle in a PDMS vat and ran the associated circle scan test, I found that the X axis was now substantially larger than it should be.

Surprised at how far out it was, I opened up the printer again to repeat the calibration process and dial back the X amplitude pot on the galvo PCB, but I found I had to turn the pot 2 or more full revolutions to return the scale close to what it should be - this is a substantial adjustment for a 10 turn pot (> 20%).

I suspect an electrical fault in the system somewhere, but I don’t have enough detail on the galvo control PCBs to troubleshoot the problem. I have however measured the +/- 24 V supply and found them to be +23.8 V and -24 V (and stable while scanning the circle) which suggests at least the power supply seems to be ok.

Following recalibration of the X amplitude, I’ve found that the X deflection in the positive axis doesn’t seem to mirror that in the negative axis any more - If I align to the centre using the cross scan, then I can’t align the circle scan to follow the circle(s).

As a stop gap (I really need to get a print out ASAP) I have aligned the galvos by hand to follow the circle, and have ignored the slightly off-centre cross that results. I’m now in the process of printing out a calibration cross again to generate another calibration file for Asura.

Any input on what might have caused the problem, and any troubleshooting advice would be greatly appreciated.

Just to clarify - I have not touched any of the sealed pots on the galvo PCBs, and internally the printer seems sound. It was bought pre-built and the only adjustments I’ve ever made was to tweak according to the advanced calibration guide.

Cheers for any help.
Nick.

I had a similar issue a few months ago. I wasn’t getting my prints to stick and went back to calibration and found the laser was tracking way off the print surface. When I tried adjusting the galvos, I still had trouble. In the end, I bumped a cable at one point and everything popped back into alignment. Seems like there may be some lose connections in the wiring that can cause the galvos to go way out.

Try pulling/wiggling a few wires while the laser is tracing the calibration circles (wearing goggles of course) and see if anything changes.

Issues with Prints Sticking to Vat Resins and Vats

I posted this on another thread, but didn’t get any responses… I am having an issue with parts sticking to my vat after cleaning. I removed the resin a few months ago and cleaned the vat with ethanol (Everclear). Yesterday, I went to make a new print and decided to first try building the Asura calibration part. Several of the first layers adhered to the print bed, but eventually the print failed and much of the print was stuck to the vat. After reading around in the forum about similar issues,…

Good suggestion - I’ve already waggled all the wires, as it’s a problem I’m all too familiar with from my days of breadboarding Z80 computer systems with second hand parts.

I even applied my patented ‘Engineer’s tap’ (a carefully calibrated thump with a fist on the top left corner, hard enough to make the circuits shake, but not enough to disrupt the sensitive parts - used to work wonders on anything with a CRT!), But haven’t had any luck or even a flicker of a change in track of the dot.

As you had a similar issue and traced it to a loose connection though, I’ll revisit the cables when I get back to it tomorrow. Having slept off the frustration of a day of multiple failed calibration attempts, I will probably have the will to inspect for dry solder joints too.

Well I had to borrow the second Moai 130 from the business premesis to complete the pressing work.

I’ve had time to go through the whole system now and I can’t see any problems with cables or voltages. This includes the outputs from the 7815 / 7915 +/-15 V linear regulators on the galvo PCB.

The fault remains: +ve X axis has a larger scale than the -ve X axis, so the circles scan gives me something slightly egg-shaped: 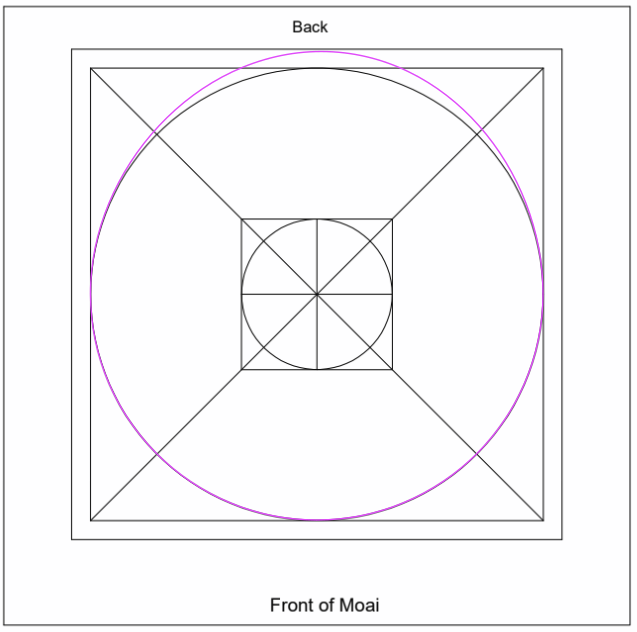 This is with the cross scan pattern perfectly centred on the circle centre.

I suspect the X galvo / control board is misbehaving.

Is there any option but to buy a new galvo unit?

A further issue I’ve noticed while I’ve been running the scans and adjusting VRs: the laser beam quality is degraded by a rectangular scattering pattern - this is directly from the module (not bouncing off the galvos): 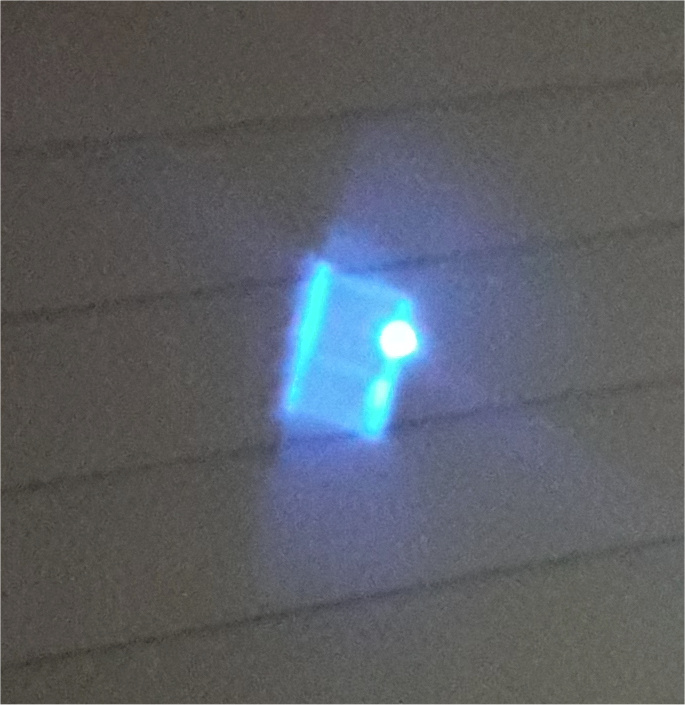 I don’t think there’s enough energy in the rectangle to cause much excess curing, but comparing with the other Moai, this isn’t as good a beam.

I should also say that this printer was bought assembled on the 4th December 2019. It’s not very old!