How to print straight lines

I have a Phenom, and it’s generally working well, but I’ve been having a lot of trouble getting it to print parts with long straight lines with no warping. It seems to me like the resin is getting pulled too much during each peel cycle, causing the edges and corners to get pulled away from the build plate.

Here’s a typical example of what I’ve been seeing:

The dimensions of the part in the picture are approximately 125mm x 85mm x 10mm. The part was printed at 45 degrees, with heavy supports in Chitubox.

Does anyone have any suggestions for how print a part such as this with no warping?

Here’s the part with supports in Chitubox: 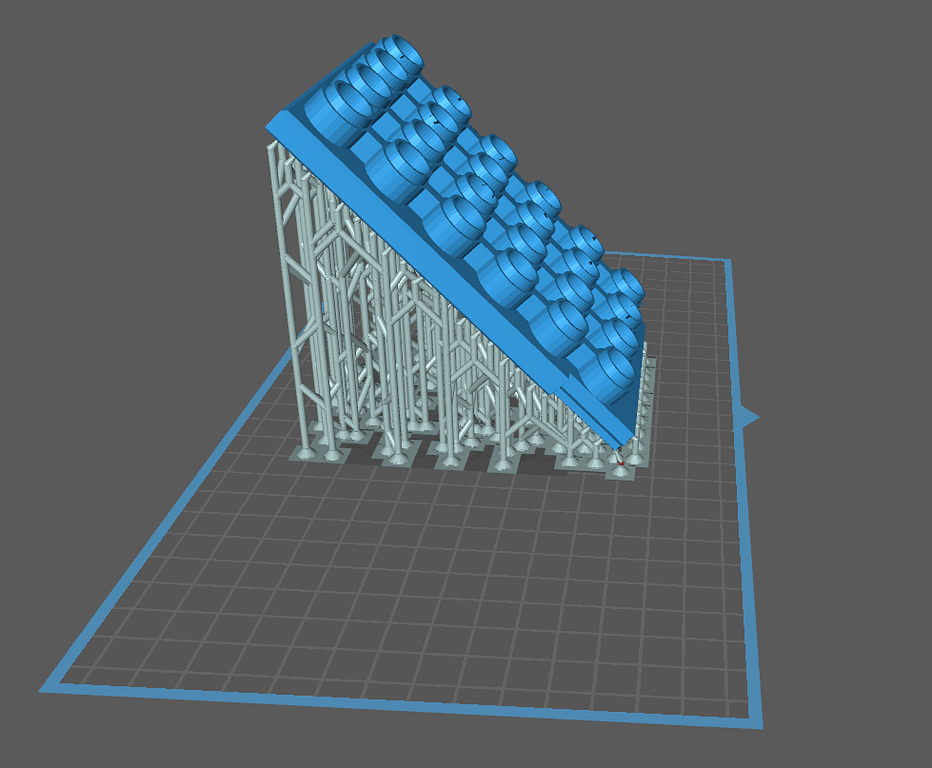 I suspect that’s post print warping that occurs due to shrinkage as the resin cures. I get the same results with FDM printing.
Hollowing out your model so all the surfaces are as close to the same thickness as possible and/or adding longitudinal stiffeners to your part may reduce this effect.

the resin will shrink after it’s cured, so it’s easy to understand why it’s bent

other than what has been mentioned above (uniform wall thickness and stiffeners), is there any other things we can do to keep parts such as this form warping?
I make similar parts and also run into the same issues.
Thanks

Unfortunately not, even if it was possible to print that model flat without issues. its still a post clean up and curing affect.

Hollowing to 1 - 1.5 mm wall thickness and adding stiffeners along the long length of the model might alleviate a lot of this warping. The reason it’s warping the direction it is, is because there’s more material on the top. Cylinders, etc. look at the connecting pieces between the cylinders, if those extended through the top and ran the length of the model on the hollowed underside that could equalize the shrinking forces across the top and bottom and help keep the part flat…maybe.

I have seen this same type of effect when printing on the venerable Formlabs Form 2 with various resins. I agree it’s likely to be warping of the resin as it’s processed and cured. Redesigning the part to have thicker structures on the concave side will have the effect of reducing the warping. Have done that successfully on models including this pre-1919 vintage Mesta Machine steel mill roll turning lathe model in 1:48 scale: 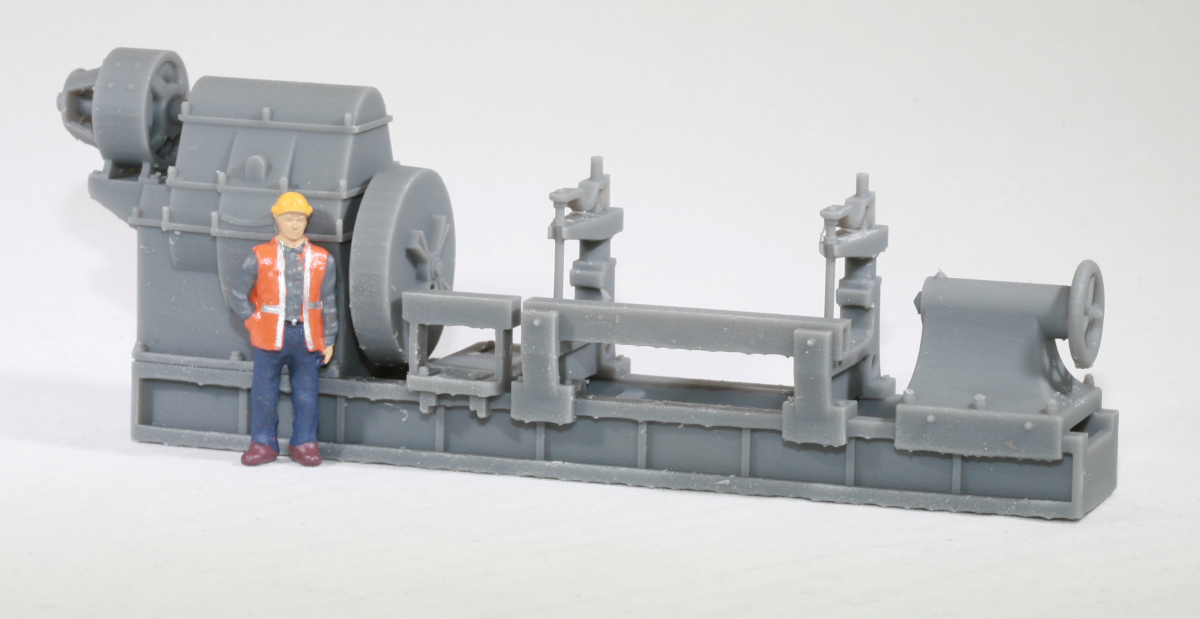 This had bad warping along the base surface such that the finished item was more like a rocking-horse than a lathe. Increasing thickness of the side walls of the base eliminated the warpage.

I have even considered redesigning warped parts in CAD so that an identical part is mirrored along the concave side, the two parts joined in place by a matrix of supports placed between them in CAD, to counter the warping. Process and cure the parts as a unit, then break the grid of supports holding them together.

Another item to check is the resin manufacturer’s guidelines on how long to process in IPA after printing. For some resins, extended IPA time can cause warpage and distortion. I have been using 60C hot water and dish detergent in an ultrasonic heater on a 30min cycle to remove the bulk of resin and have cut down IPA time by 75% as a result. Bonus is that at 60C for the resins I use, the supports will pull away like limp spaghetti noodles without leaving divots in the product surface.