Hi,
@peopoly , @Peopoly_Support_2:
i lost 200e to try calibrate your Moai100.
i lost many dozen of hours to correct your product calibration (five month!)

it looks like (for me) that only “Xval +11” works and is used for theese 3 corrections too.

correction: Xval+11 and Xval+11 lead Xval-11 et Yval-11 size!
you absolutly need add a zero point in acp.
zero point is NOT middle both 11 values of eah axis!
and so , all other acp values are not correct if zero point is bad.

@peopoly Please correct all your calibration process for moai 100 quickly and all ok next time.
Refund me my money lost. 18months after , you are not able to have a correct system, it’s scandalous. Severals month to rack my brain for nothing!

@peopoly ,
is it too complicated to have a first answer or should it be considered that it is not possible after 18 months to have a properly developed machine and that it must be thrown through the window?

OK.
We are waiting. Take time to analyze this problem seriously.

Could you please explain a bit more as this was shown to the developers and they do not follow what you were saying. If you could please either rephrase or explain it with a bit more detail please.

this is an example to explain, make tests to see for yourself if necessary.

it is not possible to correct correctly because changing a single value moves the zero point and therefore all measurements afterwards.
your method is not correct.
it’s been months that I can not adjust my calibration correctly because of that.

the control measures are made from the middle of the cross, which is the zero point.
if the zero point is not a stable point but depends on the modified values, (a priori, the center of x11 x -11 y11 z-11), a single modification of acp value, modifies all the measurements after.
moreover, x11 does not necessarily measure the same thing as x-11, Same for y11 different from y-11.

I do not have to design your machines properly! you are supposed to do it right yourself. Yes, you are cheaper than formlabs, for example, but they have serious printers and they have competent and sufficiently numerous designers. it’s not the buyers who do their job without being paid and ultimately the money in your pockets!

@peopoly
When will buyers of Moai 100 have an answer and a solution to correctly configure the X and Y calibration?

Is problem too difficult for you?

the reason for such approach is that it is impossible to set the center print exactly in the middle of the plate, that is why we use half point. many users have use this approach this get better adjustment. it is not possible get perfect adjustment because the distortion is non-linear and unless you use very tiny data points. btw, you can use more data points than what is in acp and define them yourself.

stop naively answering me with untruths.

the reason for such approach is that it is impossible to set the center print exactly in the middle of the plate, that is why we use half point. many users have use this approach this get better adjustment. it is not possible get perfect adjustment because the distortion is non-linear and unless you use very tiny data points. btw, you can use more data points than what is in acp and define them yourself.

" it is impossible to set the center print exactly in the middle of the plate" : false
"because the distortion is non-linear “:of course!
" and define them yourself” sure! you are not able to do it!

the final zero point is supposed to be clearly in the middle of the plate, of course it is.
you obviously don’t understand anything I told you!

on the other hand, did I tell you that the corrections were linear?
No, never because I know perfectly well that they are not!

I have nothing to do with a response that tells me that others have “managed” to have a “correct” calibration. quite simply because it is not possible with your method, which is not adapted to your acp file. if there are donkeys that follow you, very good, that concerns them! but many people would also like to have a printer without deformation, which you are unable to do because you still do not understand anything even when we explain to you. these people think that they are the ones who are not able to make a correct calibration. But it is not them the cause, but you!

I explained to you that you must set the zero which is the reference of all the measurements.
I am now able to do it, or at least move it while keeping the XYval11 at 11mm. I think you still don’t understand what I’m talking about elsewhere.

you also say that you can add intermediate points to the acp file. I tried to put Xval 0 -0.2 for example and it doesn’t work.

When we see the relevance of your answers here, a scientist perfectly understands that you are only an amateur.
in the end you answer anything and you do nothing since it is too hard for you.

your arrogance and incompetence is unbearable.

what is unbearable @peopoly is that generally in this forum, we see that you never answer in a specific way on technical and scientific problems. your answers are always approximate and elusive.
in this case, I, like many users, have spent a lot of time and money (in resin for example) to try to solve YOUR problems. all because you are not serious enough. because of you I lost 2kg of resin, 1 construction plate, 4 pdms tank.
thank you peopoly = - $$$$$$$
if i had known this before i would never have bought your approximate and unsuccessful moai 100 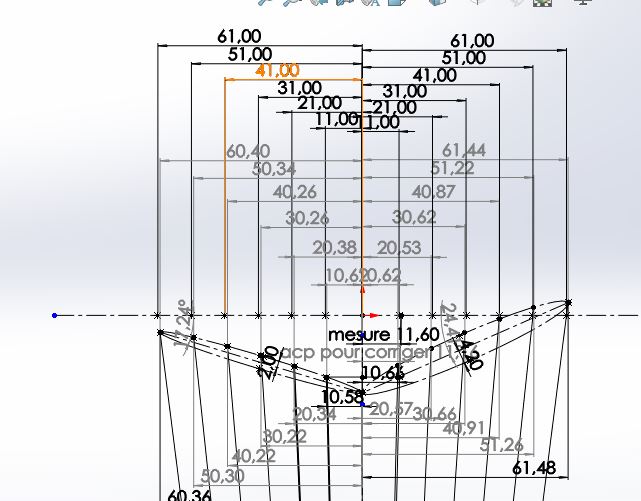 someday you may understand why you need to fix and how to do it. but don’t count on me to develop for free your products that we, all of us here, paid for and that don’t work properly.

another bug…
asura need to be restart between 2 differents acp post-processings to apply correctly the acp file.
if not, gcode is not good

It seems to be too difficult for Peopoly 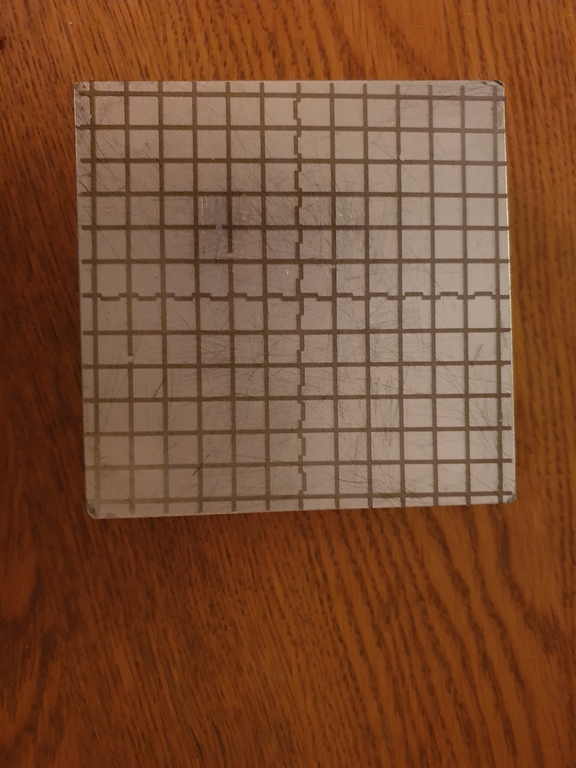 solved on my own with regular ±0.01mm tolerance.
i can now print correct parts!
thanks a lot @peopoly you are non-professional amateurs…
(and about the authorization to sell on the European market, with a CE marking required?)

for those interested, I only put my calibration tools on thingverse:
https://www.thingiverse.com/thing:4098822

that’s interesting … you didn’t notice any pillow-like distortion on the outer edges of the 130 square, like with the Moai 200? : 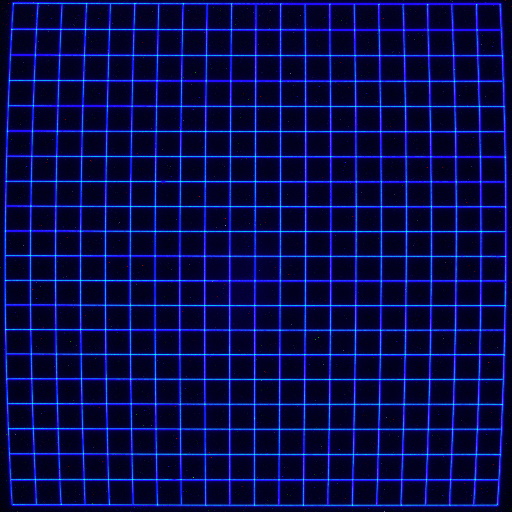 hello Ad,
no, almost not

I’ve never actually seen a laser grating on the Moai130. However, theoretically it should look like this: 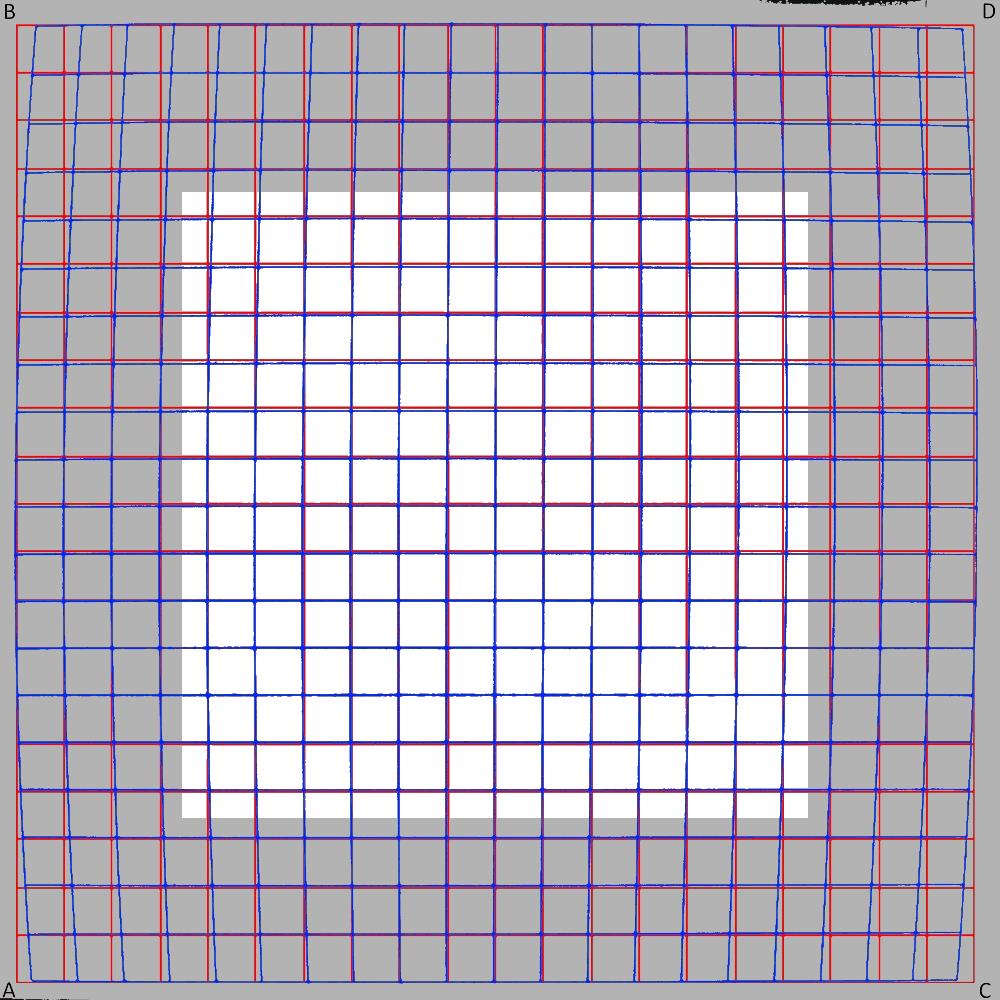 Deviations of a maximum of approx. 1mm should occur at the corners, despite cross calibration. Can you confirm it?

By the way, good job and thanks for sharing!