I’m new to resin printing and the Phenom is my first printer of this type (been FDM printing for a number of years now) and I have yet to get successful prints. Out of the 6-7 I’ve done only one of my prints has worked properly, all the rest have had bed adhesion issues. The problem has consistently been parts at the center of the plate failing to adhere; parts around them have printed but the failed parts end up as flat blobs stuck to the FEP film. I’m really frustrated because the parts that have managed to print look excellent.

I’m using Anycubic Basic Grey right now, which seems to be well reviewed in other printers so I don’t think the issue is the resin itself and I’ve used resin from two different bottles now so it’s unlikely I got a bad batch. For settings, on my first print I used the preloaded Deft profile. I then experimented with altering those settings, none of them changing the outcome. I’ve tried Bottom Exposure Times of 50, 75, 100, and 120 seconds. I’ve tried Bottom Lift Speeds of 36, 24, and 12 mm/min. I’ve tried with both the recommended skates as well as a larger raft (~70mm diameter containing multiple parts), with the same results.

The temperature of the room I’ve been printing in has been between 75-85F (24-30C) so I don’t think this is a temperature issue. The resin has been filtered after each failed print so it’s not an issue of floating bits in the resin. And, since the vat has to be refilled every time, the resin is well shaken before printing. The LCD, FEP, and plate are all wiped down with alcohol before printing so I don’t think anything’s dirty.

I’ve also checked the machine for physical defects that might be causing the issue. When I put a steel rule against the plate and the LCD both appear to be flat and not warped so I’m confident that’s not the problem. I have noticed a somewhat glossy patch in the center of the plate where failed prints have been. Should I maybe lightly sand this area in case debris has formed in the textured surface?

I’m using the FEP film that came installed in the vat. Wiping it down with alcohol before/after each print has left it somewhat cloudy looking and, on closer examination, almost melty looking. It’s also looking scratched where failed prints have had to be popped off with the plastic scraper. I assume that this will probably need to be changed but I can’t find the procedure in any of the manuals.

All that said, I would guess this is one of two problems: there is a bad setting in my print profile and I’m not experienced enough to know what it is, or the FEP film is bad and needs to be replaced despite having less than a dozen prints on it. Anybody have any ideas or advice?

Sorry to hear your printing issues. The most efficient way to provide you the best answer is to get as much information from you as possible.
Information we need from you:

Most of the time spent on support is to get the right information from the user so we can verify the situation and provide help. To make sure you get the best and quickest help, we created this survey to get as much key information for printing as...

Order Number: I didn’t order it from you guys directly, I got it through MatterHackers.
Where you are based: North Eastern USA is as close as I’ll give in an open forum. 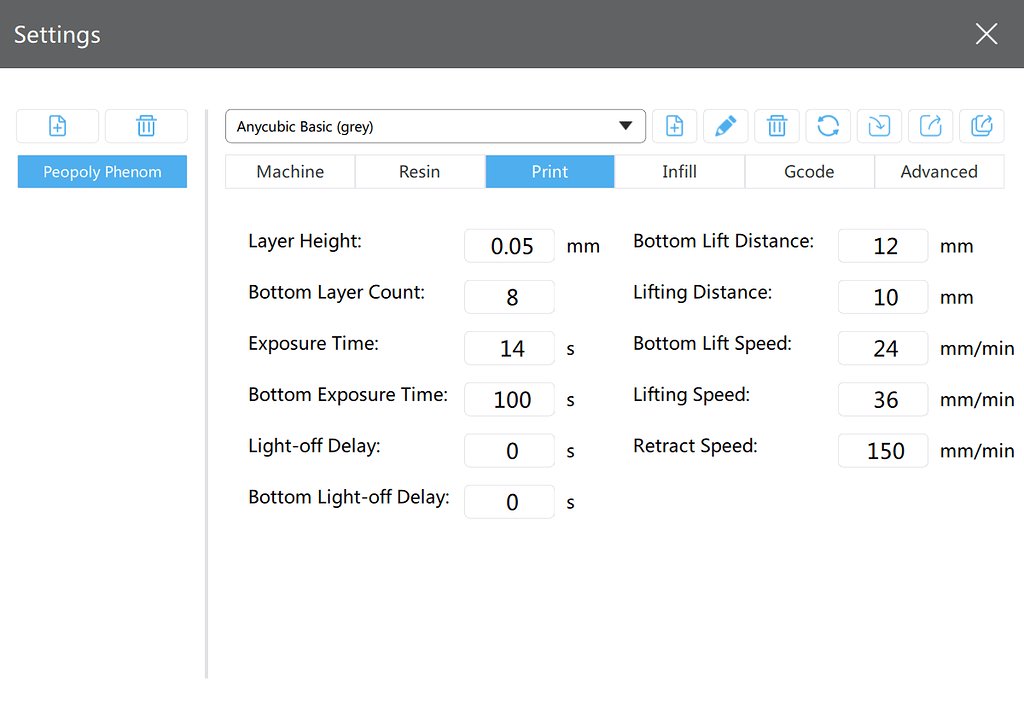 Room Temperature: ~25-30C
Calibration Image: My camera refused to take a picture (I think the auto focus was too confused), but it looked just like the example picture in the survey.
Leveling: Yes, it was checked and set multiple times.

Software: ChiTuBox 1.6.5
Support Settings: Default skate as described in the setup document. Also tried with a raft and that also failed.

I’m having similar issues with the new Phenom L we just received. Went through 4 test prints so far. Parts are not adhering to the middle of the build plate, however, they seem to be adhering to the outer area of the plate. I’m using Siraya Tech Blu. Have flashed the latest firmware to the printer as well. Contemplating on sanding the build plate a little, however, going to wait until you guys respond back to the original poster.

Anycubic Basic Gray resin has not been printed and tested on our equipment, and we do not know its printing parameters.

I already said I leveled it as per the instructions and it didn’t help. And no, my machine was not level when I received it. The bracket on the plate was bent and had to be straightened. You might want to review your packing methodology if this was shipped level. Thankfully the bracket appears to be aluminum and it was easy to bend it back to square.

I already said I leveled it as per the instructions and it didn’t help. And no, my machine was not level when I received it. The bracket on the plate was bent and had to be straightened. You might want to review your packing methodology if this was shipped level. Thankfully the bracket appears to be aluminum and it was easy to bend it back to square.

It can be adjusted by loosening four locking screws 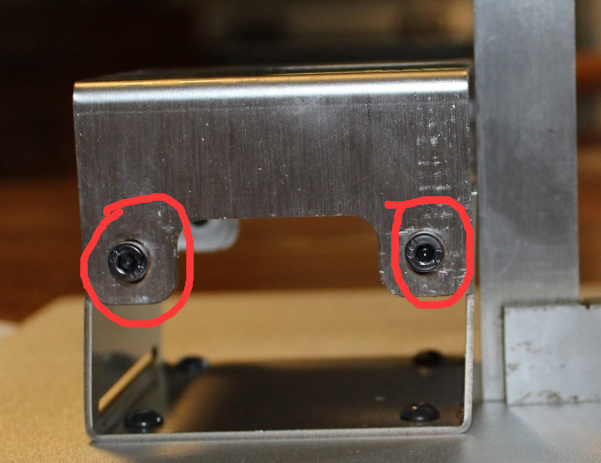 Yes. Obviously. Loosening the screws is part of the bed leveling procedure. Which, for the third time now, I have already done.