I’ve decided to a new resin on my Peopoly Moai 130 as I would like to source a more “local” supplier and the cost is lower. The resin I selected was “Technology Outlet” grey colour resin. Its advertised for DLP and SLA printers and marked “low Odour”. My first impressions were that it appeared slightly higher viscosity and indeed the odour was quite acceptable.

As my plea on the forum for any results of trials went unanswered, I decided to give it a go.

Looking at information on the forum I decided to set the laser power at 50 and using a tried and tested FEP vat and Easy-Level build plate and heater (used successfully many times with Peopoly resin). I used the PM_ring-test gcode for the trial.

First result is shown in the photo below…… 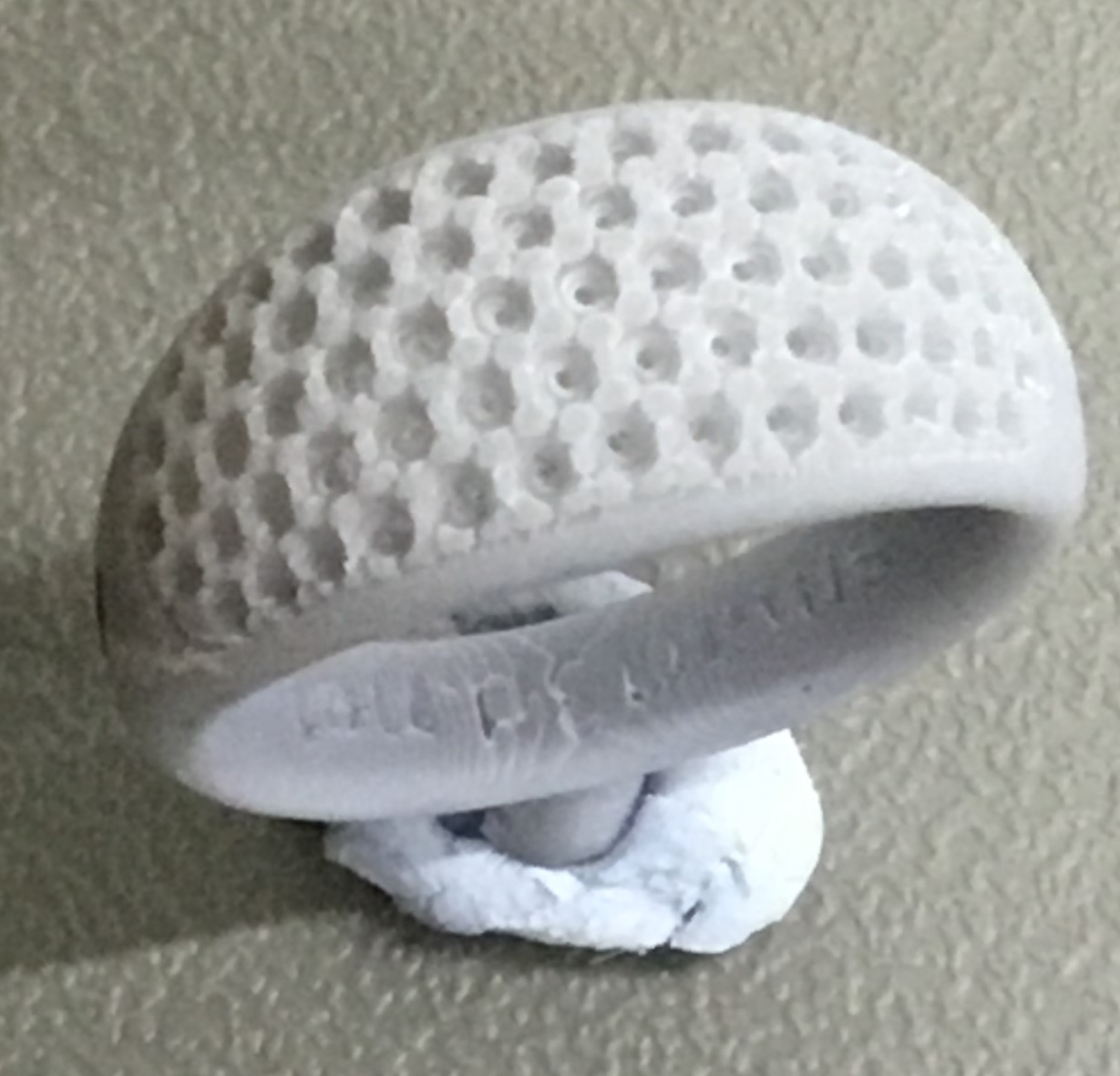 Second result is shown in the photo below…… 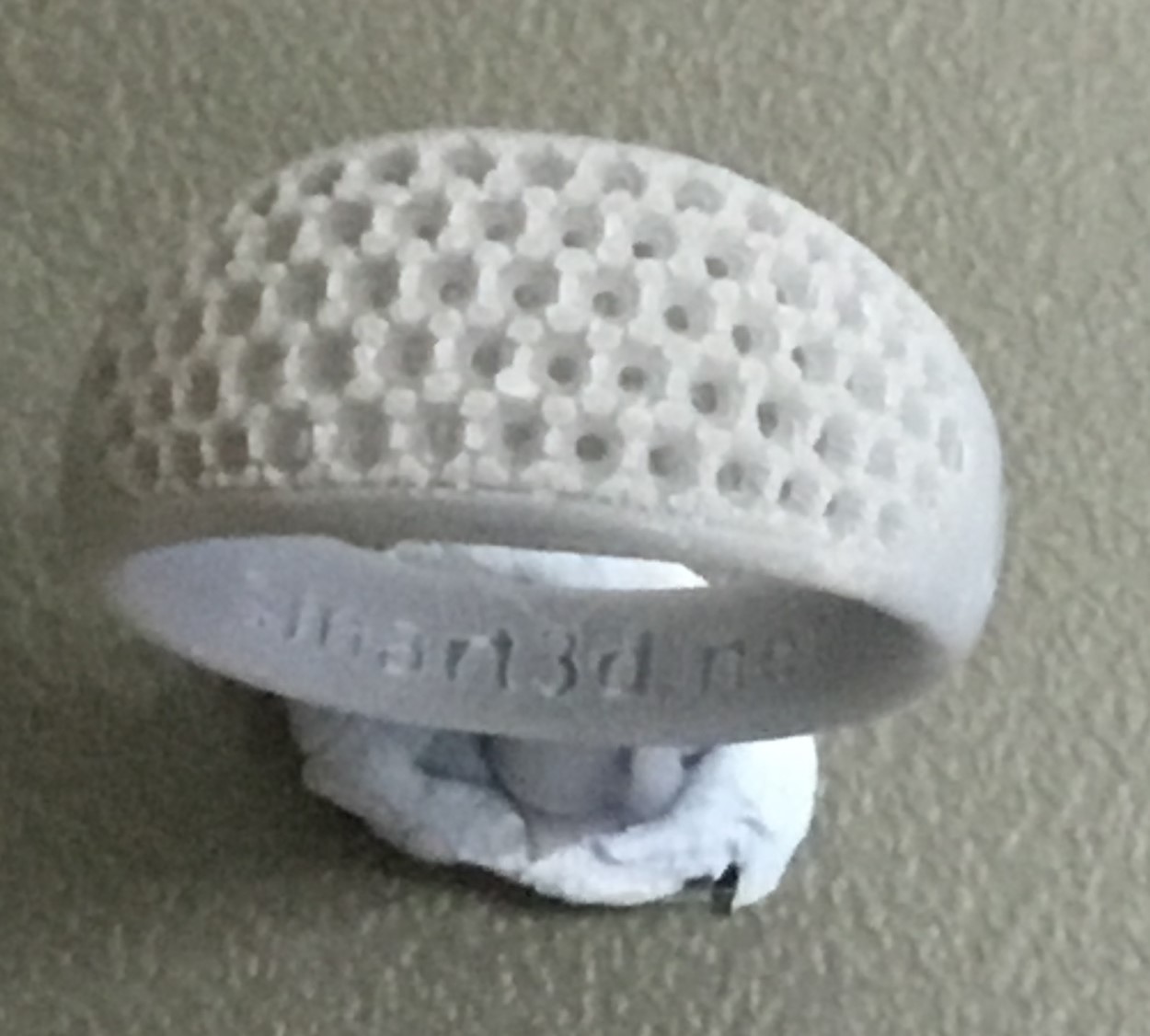 O.K. what happens if I reduce the laser power to 46? Well, this resulted in a failed print, some of the cured resin had to be removed from the FEP vat.

O.K. I thought, a laser power of 48 seems the way to go and so I decided to print on of my previously successful models using this setting and processing the model through Assura3D. I used the Moai 130 60um profile.

Unfortunately, the print failed. The supports were there but the model was not with some cured resin adhered to the FEP vat base.

Result is shown below………. 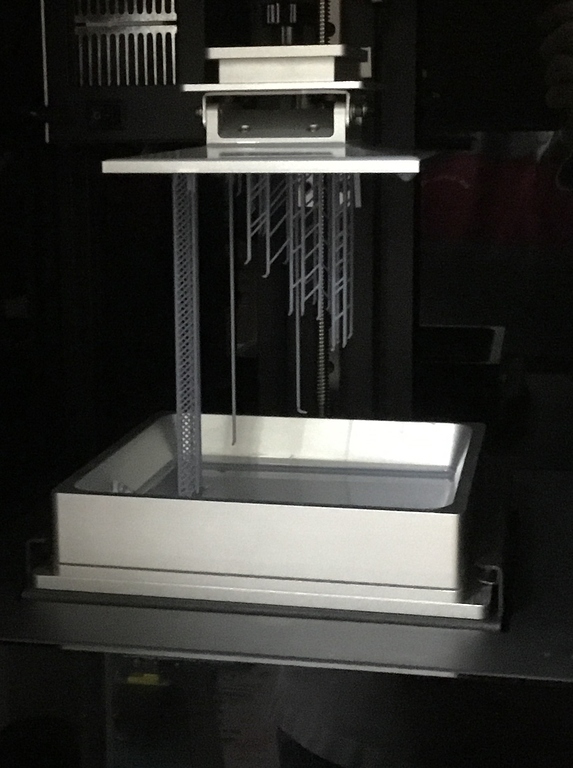 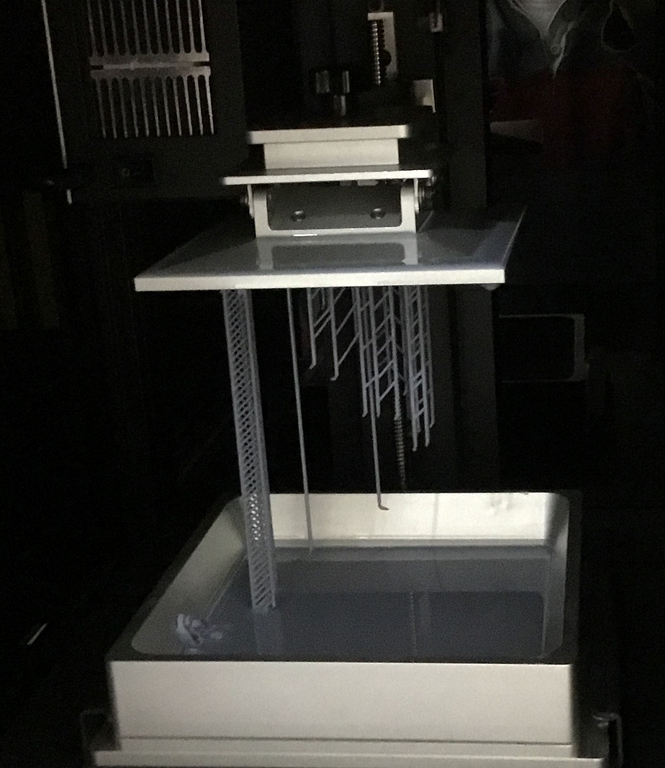 Could the knowledgeable members of the forum tell me what else I may need to change?

You said this was a previously successful model.
Did you print the same gcode file with different printer settings or make a new gcode file with Asura?
My guess, if the later, is that your model is not manifold. Some programs are better at detecting and fixing this on the fly than others. Asura doesn’t seem to check.
The supports work because they are generated by Asura.
Try checking the water tightness of your model in another app.

the supports are printed fine, so this indicates that the tips size need to be increase and the supports need to be a bit bigger, especially those tall supports
have 1-2 more supports on the bottom of the model, try tip size 1.5 or 1.8
changing to an exotic resin would mean much more work and tinkering for the user

Hi, Thanks for your reply.
The model is manifold and has been sucessfully printed with Peopoly resin.
Ive, now got to look at the variables, I.E. Using Assura and the model.
Looking at the G code between the PM_ring-test and my model the only thing that stands out is the ring had 100micron layer depth and I select 60 Microns for my model print.
I`m going to verify the exposure settings by printing the 4-Moai-test (which has 100 micron layer depth). If thats o.k. I may re-try printing my model at the same layer depth.

Peopoly,
If the layer depth does prove to be the issue, what options do I have to reduce the exposure to the resin at smaller layer depths?
Regards

layer thickness isn’t the cause for your issue with your model, the cause is the tip size of the model, you need better arrangement for the initial layers of the model and larger contact points
this is also a common issue with standard Peopoly resin